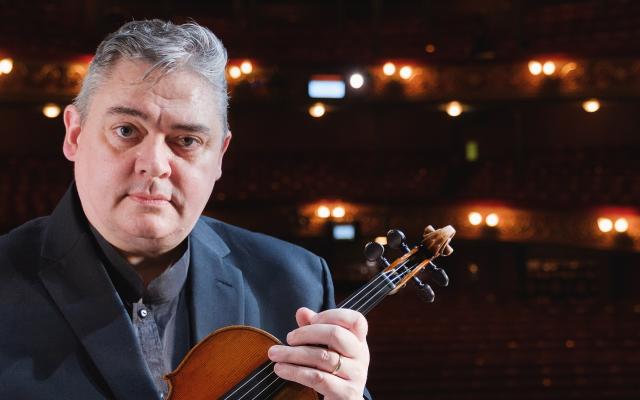 Described by the "American Record Guide" as having "Sensitivity, vigour and taste in equal proportions", Andrew Long has given concerto and recital performances throughout Scandinavia and Europe including a live performance of Elgar's violin sonata on Polish television. He is also a regular recitalist at the Duke of Westminster's country home Eton Hall.

After leaving his position as Assistant Leader with the Royal Liverpool Philharmonic Orchestra Andy is now the Associate Leader of Opera North. He was also the Leader of the Performing Arts Symphony Orchestra for many years playing concertos and showpieces to audiences of over 16,000 people.

As a keen exponent of contemporary music he has commissioned and recorded many new works and his NWE's recording of Kevin Malone's "18 Minutes" was chosen by Naxos to represent one of their Top 20 tracks from their catalogue of 2 million. In 2019 Andy premiered Malone's Violin Concerto with the Orchestra of Opera North and plans are afoot to tour it to the Ukraine and America.

Andy taught at Chetham's School of Music for 15 years as well as at Manchester University. He also taught privately for Sir Yehudi Menuhin and was invited to accept a post at his specialist school.

Andy also conducts, arranges for and presents the Andy Long Orchestra where he indulges his passion for the light music and easy listening genres. His arrangements of popular classics have made them regular features at corporate events and at the Bridlington Spa Grand Ballroom.

His landmark recording with Ian Buckle of music for violin and piano by Sir Edward German was released worldwide reaching number 78 in the classical download charts. Their recording of three sonatas by Humphrey Procter-Gregg was released in 2019. 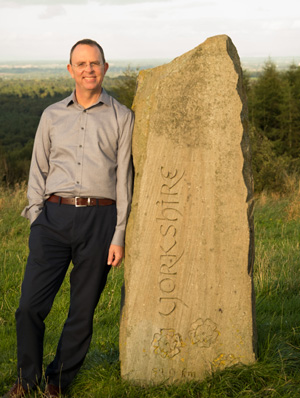 Ian Buckle maintains a varied freelance career as soloist, chamber musician, orchestral pianist and teacher. He is the artistic director of Pixels Ensemble, formed in 2016 www.pixelsensemble.org

He enjoys longstanding associations with the Royal Liverpool Philharmonic and the John Wilson Orchestra, appearing as soloist on numerous occasions; and has played concertos with the Royal Philharmonic, Opera North and Sinfonia Viva. He has been the pianist in Ensemble 10/10 since its inception and regularly plays orchestral piano in the BBC Philharmonic.

He frequently collaborates with poets and readers, most recently Andrew Motion, Roger McGough and Deryn Rees-Jones; in recitals of piano music and poetry: Shropshire and Other Lads, a celebration of A. E. Housman; Anthem for Doomed Youth, a commemoration of World War One; and Philip Larkin’s England.

Recordings include transcriptions for cello and piano with Jonathan Aasgaard; and sonatas by Montgeroult, Viotti, Weber and Mendelssohn with the violinist Sophie Rosa, recently released on Rubicon Classics.

His performance of Gershwin’s New York Rhapsody live at the Royal Albert Hall features on Warner Classics’ The Best of the John Wilson Orchestra, and he and duo-partner Richard Casey are soloists in Saint-Saëns’ Carnival of the Animals with the RLPO and Vasily Petrenko.

Ian teaches at the University of Liverpool and is an examiner with ABRSM.