John is returning to Wensleydale this time with cellist Ulrich Heinen, soloist and former principal cellist of the CBSO.

* Note this is a change from the 2020 printed brochure. 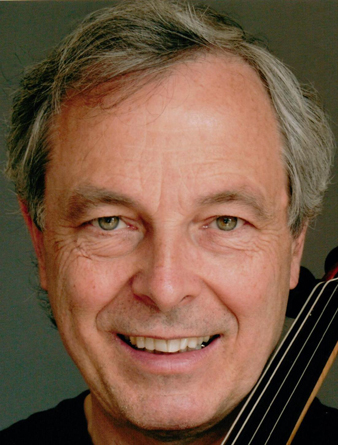 Ulrich Heinen was born in Ittenbach near Bonn in Germany. He studied at the Cologne Conservatoire under Siegfried Palm and at the Juilliard School of Music in New York with Leonard Rose. He won several national and international competitions, most notably the prestigious Rostropovich Competition in La Rochelle (France).

After graduating from Juilliard he took up the position of principal cello with the Radio Orchestra Saarbrücken, Germany and in the same year became member of the Czapary String Trio, earning an outstanding reputation for the interpretation of Mozart and Schubert.

In 1984 Ulrich Heinen settled in England, at Sir Simon Rattle’s invitation to become principal cellist and section leader of the City of Birmingham Symphony Orchestra.

In 1987 he co-founded the Birmingham Contemporary Music Group (BCMG), which subsequently became one of Britain’s most important ensembles for contemporary music. He has appeared with BCMG in many festivals in Britain and abroad, both as member of the ensemble and as soloist. 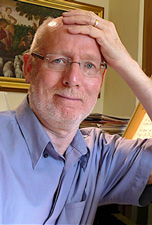 John Humphreys was born in Liverpool and studied with Henryk Mierowski and later with Harold Rubens at the Royal Academy of Music.

In 1967 he was awarded one of four scholarships by the Austrian Government to study in Vienna and on his return to this country made his Wigmore Hall debut in 1972 with Busoni's rarely heard 'Fantasia Contrappuntistica'.

Since then he has appeared throughout the country as soloist, accompanist and chamber musician. He has broadcast on BBC Radio3, and played throughout the UK, in Iceland, Hungary, Austria, Holland and the USA.

In 1975 he performed the cycle of Mozart piano sonatas in London and elsewhere and has given many performances of Bach's 'Goldberg Variations'.

John was Assistant Head of Keyboard Studies at Birmingham Conservatoire until 2009. He is also Chairman and Artistic Advisor to the Dudley International Piano Competition. In 1998 he was awarded the ARAM for 'his distinguished contribution to music'.