Sign up for our regular email newsletter ... for updates, artist info, videos and more join us -->

Alicja's welcome return after a number of years, the recital will include the beautiful Larghetto from Chopin's F Minor Piano Concerto in Chopin's arrangement for solo piano.

“(Alicja Fiderkiewicz) …demonstrated the truth of the great Rubinstein’s saying – that ‘only Poles can play Chopin properly’. In the three pieces: Fantasie in F minor, Nocturne in E flat major and the Scherzo in E major, her playing was brilliant, with changes of tone and tempo that vividly interpreted and illuminated this endlessly fascinating and intriguing music”.
Daily Telegraph 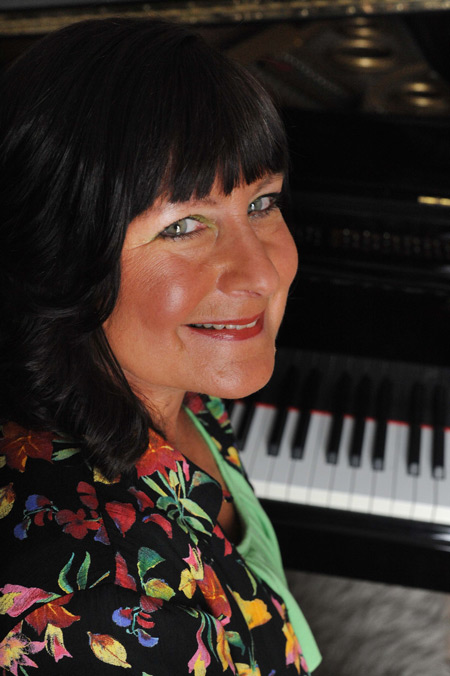 Born in Warsaw, Poland, the young Alicja Fiderkiewicz’s outstanding musical talent was recognised at the tender age of three by her elder sister’s piano teacher, who, upon hearing her play, immediately spotted Alicja’s tremendous potential. She saw in Alicja a passion for music, and recognised her perfect pitch and astonishing sense of rhythm, whereupon Alicja began studying the piano in earnest and entered Karol Szymanowski’s School of Music in Warsaw at the age of seven, attending the classes of Professor Krystyna Bocianowska.

Two years later, Alicja was accepted into the Central School of Music attached to the Tchaikovsky Moscow Conservatoire. She was taught by Professor Tatjana Kestner, who was herself a pupil of Alexander Goldenweisser. Tatjana Kestner taught a number of prominent Russian pianists, including Andrey Gavrilow, Tatjana Shebanowa, among others.

Upon returning to her native Poland, Alicja continued her musical education in Karol Szymanowski’s Lyceum of Music under the expert guidance of Professor Wanda Losakiewicz and, notably, Professor Zbigniew Drzewiecki, who taught so many outstanding Polish and overseas Chopin Competition Prize-winners.

During the subsequent four years in Warsaw, Alicja won the Polish National Bach and Beethoven Competitions. She won the Chopin Scholarship four years in succession, the success of which gave her a number of engagements throughout Poland, including the birthplace of Chopin in Zelazowa Wola, plus the famous Royal Lazienki Park and Ostrogski Palace in Warsaw.

“Her flair for communication showed throughout Mozart’s Concerto K467, in the tonal beauty of the slow movement, and even more in her imaginative shaping of passage work in the outer ones.”

Having graduated from Warsaw with Distinction, and being awarded the prestigious gold medal, Alicja decided to leave her native country and continue her studies abroad.

Despite being offered a place in the Julliard School of Music in New York, she chose instead to study under Professor Ryszard Bakst at the Royal Northern College of Music in Manchester, England. Alicja admired his performances immensely, especially Chopin’s Mazurkas.

Alicja has appeared with number of major orchestras, including the Hallé, Da Camera, Manchester Camerata, La Scala in Milan, Warsaw National Philharmonic, Polish Radio & TV Orchestra, and many others. She has also given recitals for BBC Radio 3 and BBC TV.

Alicja is a winner and Prize winner of Dudley International Piano Competition and Premio Dino Ciani in Milan, where her performances were given high praise by Martha Argerich and Fou Ts’ong. Additionally, she was awarded the Calouste Gulbenkian Music Fellowship.

Alicja has performed widely throughout Great Britain in major venues, including a number of Wigmore Hall recitals, St. John’s, Smith Square, St-Martin-in-the-Fields in London, Glasgow, Birmingham, Liverpool, Edinburgh, as well as performing internationally in the USA, Singapore and Malasia, Israel, Italy, Switzerland, Spain, Cyprus, Poland, Russia, Japan and Ukraine. She is a frequent faculty member and performer at the International Summer School of Music at Chetham’s in Manchester, where she exercises considerable teaching skills.

“(Hindemith's) Sonata No.3 (had) none of the pedagogic dryness often suitable for this composer but strong, round-tone sympathy – without effusiveness – roomy, but not costive, speeds, generous, yet judicious, pedalling, and power without clatter for the big Fugal Finale”.
Financial Times

Moreover, Alicja records for Dunelm and Divine Arts Labels, with whom she has released four highly acclaimed CDs.