​Robin was the cellist in the Fidelio trio for over 10 years with whom he toured Europe, North America, Asia and South Africa. He has also appeared in collaboration with the Dante and Eroica quartets. Highlights in his discography include the premier recording of Joe Cutler's cello concerto with the BBC CO (NMC), first recording of the original version of Mendelssohn's Octet on period instruments (Resonus) and Fidelio trio recordings on Naxos, NMC, Métier and Delphian records.

Recent concert highlights include complete Bach and Britten suite cycles in France and London, the South Korean premier of Jonathan Harvey's 'Advaya' for cello and electronics, both Haydn concertos at the Spier festival in South Africa as well as festival appearances in Buenos Aires, Library of Congress, Washington, and European festivals including Cheltenham, Aldeburgh and St. Magnus.

Other projects include a recording of the Brahms sonatas with Daniel Tong for Resonus Classics, a Bach suite cycle at the St. Magnus festival, Britten Suite cycle at festival 'Phil Grobi' in the Auvergne and the first Kinnordy Chamber music festival in Scotland where he is co-artistic director with Daniel Tong.

Robin plays on a cello made for him by the German luthier Stephan von Behr, 2010.

An extraordinarily sympathetic Schubertian with his crystalline sonority and wonderful tiny rubatos that release avenues of expression even in the simpler moments. (Gramophone) 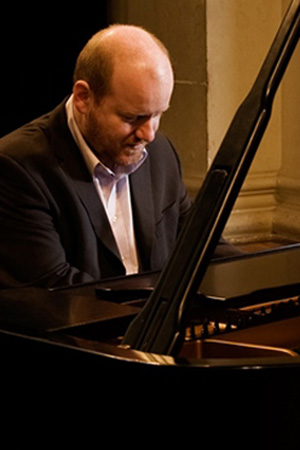 Daniel Tong enjoys a diverse musical life and is now regarded as one of Britain's most respected and probing artists. He performs as soloist and chamber musician, and directs two chamber music festivals, as well as teaching and occasionally writing. Born in Cornwall, Daniel first came to prominence as piano finalist in the BBC Young Musicians competition (more years ago than he cares to remember) and his life has subsequently embraced a rich variety of musical experience, from concerto performances at Kings Place and St Martin-in-the-Fields in London, chamber concerts at the Wigmore Hall and frequent broadcasts on BBC Radio, to a current role as Head of Piano in Chamber Music at the Royal Birmingham Conservatoire and a PhD study on Beethoven. He released his first solo CD of works by Schubert for the Quartz label in 2012. He also recorded short solo works by Frank Bridge for Dutton as part of a London Bridge Ensemble disc and broadcast Janacek’s piano sonata live on BBC Radio 3.

He has appeared at many of the foremost British venues and festivals – Wigmore Hall, South Bank Centre, St Georges Bristol, Birmingham Town Hall, Queen’s Hall, Edinburgh as well as the Cheltenham, Aldeburgh and Edinburgh Festivals. He has also performed in many other parts of Europe including festivals in St. Mere, Ponte de Lima, La Loingtaine, Resonances and Cucagnan, as well as concert venues in Paris, Brussels, Stockholm, Antwerp and Lyon. He is frequently heard on BBC Radio and his performances have been broadcast throughout Europe and beyond. His project ‘Music Discovery Live’, in collaboration with musicologist Richard Wigmore, has seen a series of lecture-recital weekends on Haydn, Beethoven, Schubert and Schumann piano works. It continues throughout 2019 and 2020 in Oxford, Canterbury and other beautiful places. He has been invited to curate mini-festivals around the music of Elgar and Dvorak at King's Place in London and also presented lecture-recitals on Beethoven piano sonatas at St Georges.